The Federal Revenues Law for the 2019 fiscal year (“FRL”), in its article 25, section VI establishes new rules for offsetting positive balance of taxes, eliminating the mechanic of “general offsetting of taxes” (compensación universal) between federal taxes which has been envisaged for more than 10 years in articles 23 of the Federal Tax Code (“FTC”) and 6 of the Value Added Tax Law (“VATL”).

Such offsetting rules consist essentially of the following:

a) Taxpayers obliged to pay taxes through tax return may only choose to offset the positive balance of amounts against those amounts who are obliged to pay for their own debt, and both amounts derive from the same tax, including its accessories (e.g. inflation adjustment).

b) In the case of value added tax (“VAT”), when the tax return shows positive balance, the taxpayer may only credit it against the corresponding VAT owed in the following months until it is exhausted or request its refund.

It should be noted that on January 7, 2019, the anticipated version of the Sixth Amendment Resolution of the Miscellaneous Tax Resolution for 2018 was published on the Tax Administration Service website, which specifies that for purposes of the aforementioned article 25, section VI of the FRL in connection with articles 23 of the FTC and 6 of the VATL, taxpayers who have positive balances as of December 31, 2018 and have not offset neither requested its refund, may choose to offset them against those amounts who are obliged to pay for their own debt, and both amounts derive from federal taxes different from those generated by imports (i.e. foreign trade operations), and must file the corresponding offset notice in accordance with the applicable provisions.

On July 1st, 2004, the amendment to article 23 of the FTC entered into force and is currently in force, which incorporated the figure of “general offsetting of taxes” (compensación universal) that allows taxpayers to choose to offset the positive balance amounts that they have against those amounts who are obliged to pay for their own debt or for third parties withholding, and both amounts derive from federal taxes different from those generated by foreign trade operations. Therefore, on January 1st, 2005, the amendment to article 6 of the VATL entered into force and is also currently in force, incorporating the aforementioned figure.

Despite the referred anticipated version, we consider that these rules and the reasons that originated them are totally unfortunate, because for the 2019 fiscal year eliminate the possibility of immediately extinguishing positive balances against balances owed or withholding from third parties, when such balances derive from federal taxes different from those generated by imports (e.g. VAT positive balance against income tax balance owed) and, on the contrary, affect the cash flow of taxpayers causing them to allocate resources to pay their taxes when they were previously legally offsetting.

As a consequence, these rules will lead to a considerable increase in refund requests, which in themselves, for several years, have become complex, excessive, arbitrary and object of refusal by the tax authorities in order to not refund the amounts that by law correspond to the taxpayers.

It should be noted that due to these rules, the provisions set forth in articles 23 of the FTC and 6 of the VATL are being implicitly repealed for the 2019 fiscal year, a situation that also violates several human rights established in the Mexican Constitution.

It is important to review and analyze the positive balances and balances owed of the several taxes generated by the entities in order to determine the necessary and convenient measures to be followed and, even if necessary, file the corresponding legal remedies against the provisions provided by the aforementioned rules. 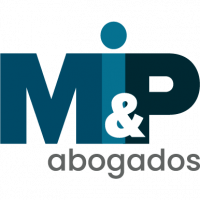