TAX. Decree by which are leaving without effect several provisions through which tax debts were forgiven May 22, 2019

On May 20TH, 2019 was published in the Official Gazette of the Federation (“OGF”), the Decree by which the Decrees and several general provisions issued in terms of article 39, section I of the Federal Tax Code (FTC”) are left without effect, by virtue of which tax debts were cancelled (“Decree of Non-Cancellation”).

The Decree of Non-Cancellation points out that the purpose of offering facilities to the taxpayers, such as debt forgiveness, has been distorted to the point of being generalized, without a vision of public policy and breaking public finances, which has unbalanced the tax burden to the detriment of taxpayers up-to-date with their tax obligations.

In this respect, only tax debts should be allowed to be forgiven when has been affected or tried to prevent from affecting the situation of any place or region of Mexico, some industry, production or sale of goods, or carrying out an activity, as well as in cases of catastrophes suffered by natural phenomena.

Therefore, the only Decrees that are not left without effect are:

– For granting facilities for payment of income tax (“IT”) and value added tax and partially condones the IT of individuals involved in plastic arts, with works made by themselves, and which facilitates the payment of taxes for the alienation of artistic works and antiquities owned by individuals, published in the OGF on October 31, 1994 and its amendments published in the OGF on November 28, 2006 and November 5, 2007; and,

– For granting tax benefits for housing, published in the OGF on January 22, 2015.

The Decree of Non-Cancellation entered into force on May 21TH and will be in force until the year 2024.

Although the Decree of Non-Cancellation set forth in its First section that all the Decrees or general provisions issued by the Federal Executive (“President”) are left without effect, with the exception of the aforementioned, the Second section states that the President commits to not grant cancellations through Decrees or any other legal or administrative provisions, or to exempt, totally or partially, the payment of taxes, adjustment for inflation, interest and fines to large taxpayers and tax debtors.

The scope and effects of the commitment contained in the aforementioned Second section could be questioned, since not granting cancellations or to exempt, totally or partially, the payment of taxes, adjustment for inflation, interest and fines through any legal or administrative provisions, could include provisions such as the FTC, the Federal Law of Taxpayer Rights (“FLTR”) or the Miscellaneous Tax Resolution for 2019 (“MTR”), which set out regulations for the possibility for taxpayers to obtain a reduction of fines or until their total cancellation.

However, we estimate that is not the purpose of such commitment, because if that were the case, it would violate human rights and fundamental principles established in the Mexican Constitution.

We consider that the tax benefits, such as the cancellation or reduction of fines set forth in the FTC, the FLTR or the MTR, for example, may be requested and should be favorable, fulfilling previously with the corresponding legal requirements. 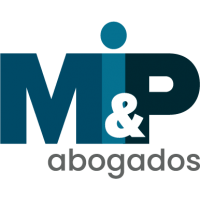